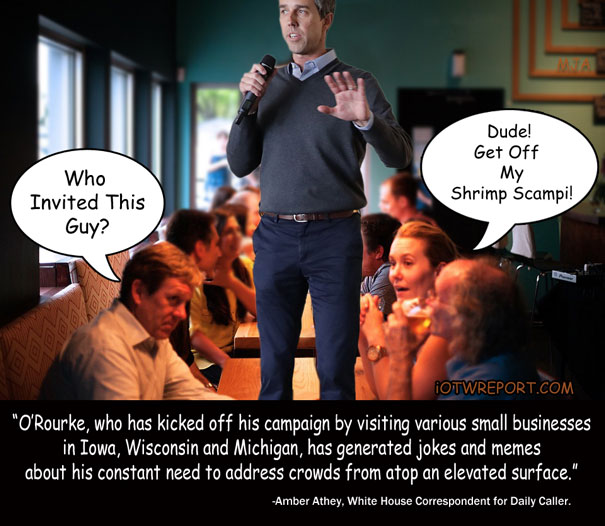 Deadline: Beto O’Rourke’s Tuesday night town hall with CNN’s Dana Bash failed to attract the hoped-for crowd. The 10-11:15 PM broadcast attracted only an average of 714,000 viewers. That includes 194K in the news demo, aka viewers 25-54.

Despite his suit and tie, livestreamed haircut, and his cogent answers to policy questions from Bash and the Drake University audience, O’Rourke’s stab at a White House race reboot missed the mark. For context: Colorado Gov. John Hickenlooper attracted a bigger crowd when he town-halled on CNN (745K) on a Wednesday back in March.  read more

Why don’t we j…
This evil individual…
Robin Williams did a…
interest he talked a…
@MJA: “Why is…
Seriously? The SWAT…
The people have to d…
I think over half th…
I’m gonna have…
Why is Trump hanging…
The seal team didn’t…
I think this beast i…