Believe it or not I did frequent Burger King. I liked the custom soda kiosk. No more.

What did they do?

“Milkshaking” is a stupid protest that is springing up in Great Britain. Leftists are throwing shakes on conservatives.

He could be heard saying "how did you not stop that?" as his staff ushered him away from the scene pic.twitter.com/24iudw8U5x

In Scotland they actually asked McDonalds not to sell shakes when conservative politicians were in the area campaigning.

The McDonald's next to the Farage demo. Someone clearly got wind. pic.twitter.com/kHETQ66TOq 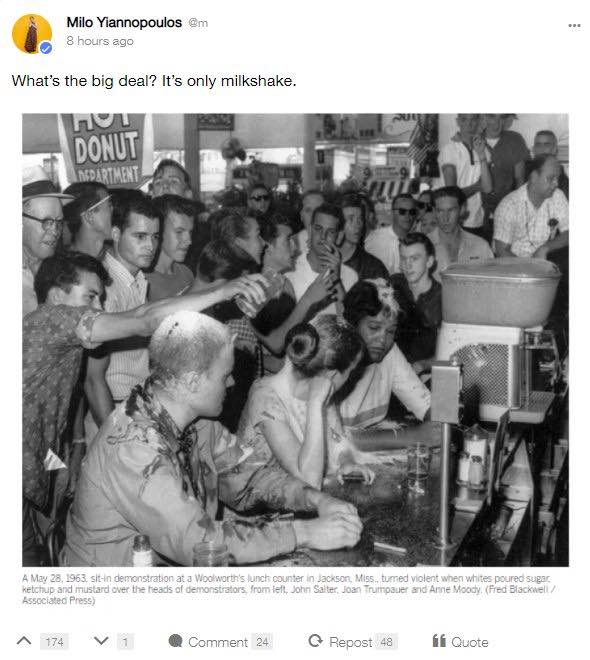