The second race in the famed triple crown was run this week in Maryland and though none of the horses who won the Kentucky derby (the disqualified Maximum Security and the winner by objection Country House) ran, the second to last place finisher, Bodexpress stole the show by running the full race without a rider. More 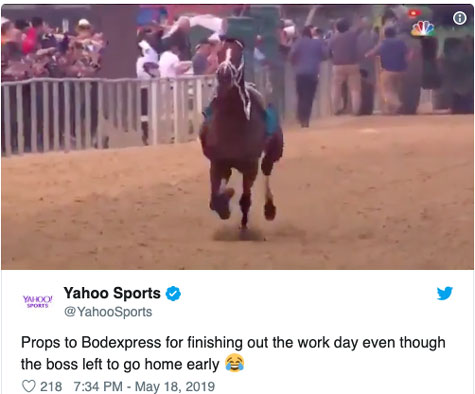 9 Comments on Freakness At The Preakness

You’d think th…
They’re findin…
Samaritan’s Pu…
What do you call it…
Turn on the sprinkle…
How the Navy is bein…
@Mansfield Lovell, T…
This may come as a s…
There is a differenc…
@Answerman – y…
Feed them into the s…
Andrew Cuomo needs t…