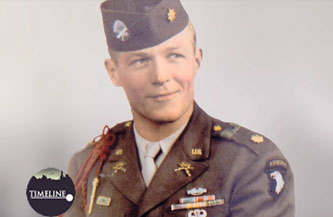 The story of the building and dedication of the Richard D. Winters Leadership monument in Normandy, France in June of 2012. The film focuses on the leader of World War II’s “Band of Brothers”. Narrated by 2012 Emmy Award-winner Damian Lewis, who played Dick Winters in HBO’s Band of Brothers.  WATCH

Wait, do you mean Ar…
Sorry wrong link who…
At least she stopped…
1969, eh? Well, good…
Jan 6 Hunter crack-w…
Backseat driver is t…
I was very lucky. My…
Ryan looked like he…
Lemme get this strai…
I don’t have m…
as a Baltimore Oriol…
Well! I know where I…
“We always give pare…
I know there’s…
100% FACT: The fucki…
At this point I woul…
Koosman, Ryan and Se…