Gowdy was asked to weigh in on Republicans’ decision Thursday to call on Schiff to step down as chairman of the House panel.

“Never seen that before,” said Gowdy, who served on the intelligence panel before leaving Congress in January. “We never voted to remove or ask a chairperson to step down.”

Gowdy suggested House Speaker Nancy Pelosi could potentially remove Schiff as chairman of the committee. He also said the CIA and other intelligence community agencies could withhold intelligence from Schiff.

“The next thing that’s going to happen is the … different intelligence entities are going to say, ‘You know what, Chairman Schiff, if you don’t believe the information we provide to you … if you have the president of the United States, not just indicted but in jail and you continue to leak like a screen door on a submarine, we’re going to quit giving you information,’” said Gowdy.

“That’s when Pelosi will replace Adam Schiff with someone like [Connecticut Rep.] Jim Himes, who is someone who is a smarter and a lot more reasonable.”  MORE

SNIP: Yeaaahhh well, about  that ‘smarter and a lot more reasonable’ Jim Himes… 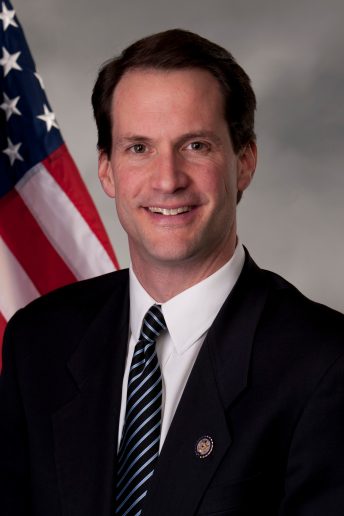 Wallace began the segment by quoting something that Himes said to his hometown paper, the Hartford Courant.

“I’m not sure I would break out a lot of champagne. They try to make the case that the Mueller report says there’s no evidence of collusion. There’s plenty of evidence,” Himes said.

But Wallace was quick to remind Himes that what we know of the report so far refutes that definitively.

“That’s not what the Mueller report says, it does not say there’s plenty of evidence of collusion,” he said.

Himes wasn’t ready to concede, however, saying, “First of all, nobody knows what the Mueller report says, because nobody’s seen it … If you read the letter, the Barr letter says that the investigation was not able to …”

Wallace interrupted, “No, excuse me. With all due respect, sir, that’s absolutely incorrect. I’m going to put up on the screen because we know that this probably was going to come up, the specific quote from Attorney General Barr. Here’s what he says: ‘The special counsel did not find that the Trump campaign or anyone associated with it conspired or coordinated with the Russian government in these efforts despite multiple offers from Russian affiliated individuals to assist the Trump campaign.’”  Keep reading

Kellyanne Conway snapped at “Fox News Sunday” host Chris Wallace over what she deemed an “inappropriate” question about the state of her marriage.

Attorney George Conway has been a vocal critic of President Donald Trump — calling him, among other things, a narcissist and claiming that he is “unfit for office” — but what makes his criticisms of particular interest to many in the media is the fact that he is married to White House senior advisor Kellyanne Conway.

Wallace brought up several of George’s recent tweets during a Sunday morning interview with Kellyanne — also mentioning Trump’s response to the attacks.

“I don’t want you to fight,” Wallace explained. “I guess the question I have to ask, bottom line, final question, has this hurt your marriage?”

And then she let him have it.

Why in the world wou…
When it comes to say…
Typical corrupt pric…
What a sweet money l…
Should be required t…
Opposing blm is NOT…
Aristocracy is arist…
That is the premise…
Speaking of idiots h…
Flip the script! I a…
Biden Campaign Refus…
Just keep stamping t…