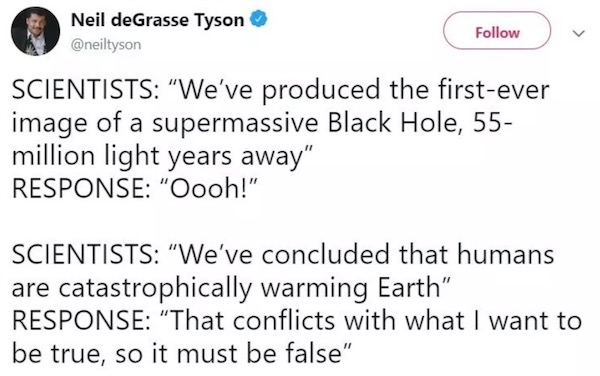 I think what he’s trying to imply is that humans believe scientists when they say they’ve captured an image of a black hole, but they don’t believe them when they say global warming is real.

What a stupid point.

33 Comments on I don’t care what anyone says, Neil deGrasse Tyson is not a bright man

A Queer. A muff munc…
I take it that Kelly…
They hate men, but l…
Another look at me!!…
Probably pissed at t…
America well on its…
Then they realized t…
They were going to h…
Bravo ! Meanwhile…
He put the fat back…
Meanwhile at the pub…
That should feel a l…