Photo of the paper in the next tweet on thread pic.twitter.com/WGmxkcAWuq

Instead of answering Qs about purported secret provisions of his agreement with Mexico, Trump insults everyone's intelligence by pulling sheet of paper out of his pocket, brandishing it, but refusing to show to reporters.

"That's the agreement that everybody says I don't have." pic.twitter.com/2PYZXiylrm

Here’s a close-up of the “blank” sheet of paper. 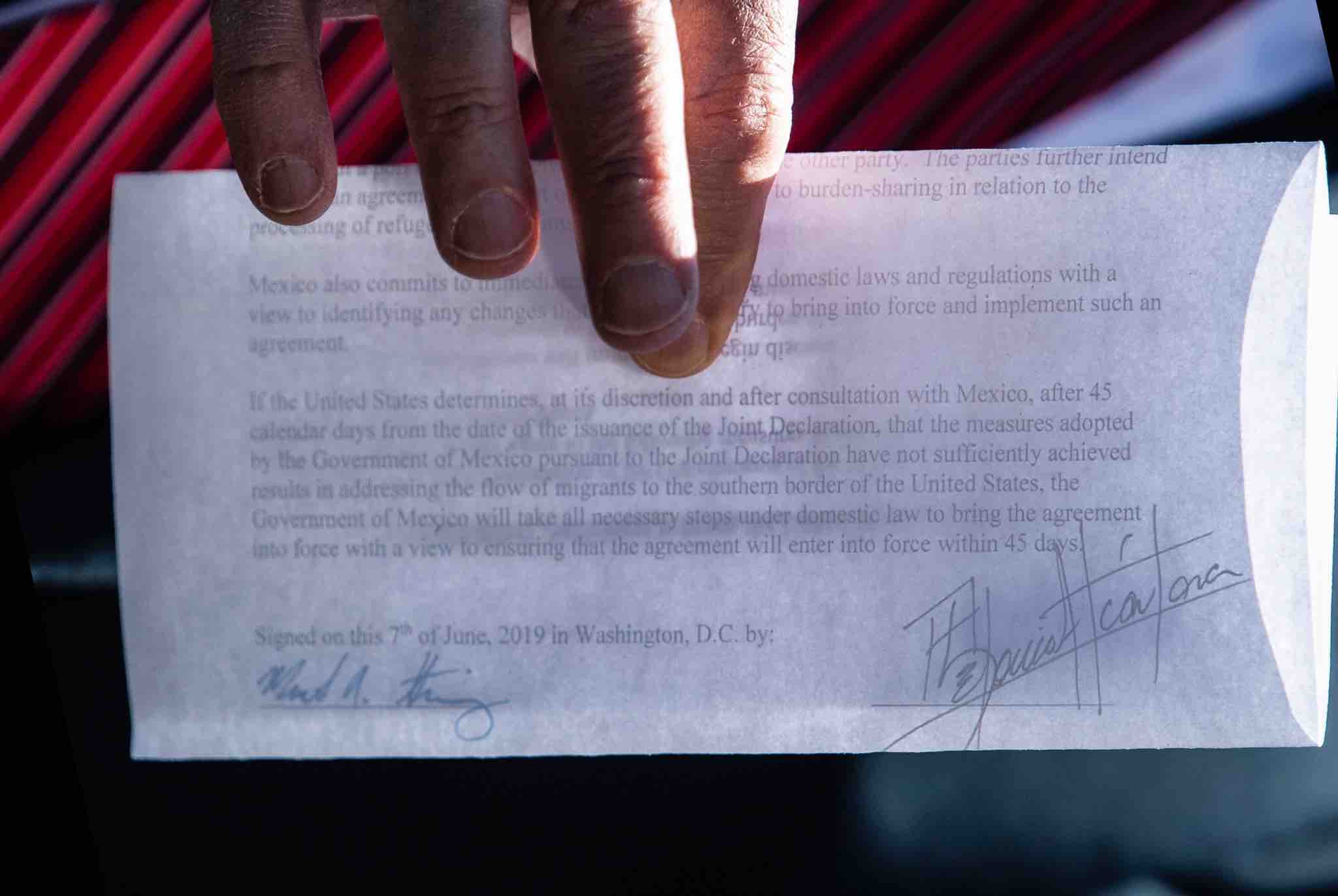 the glaring reality…
Advertise in a Chine…
Illustr8r I heard th…
@Molon — That…
Did you hear the end…
“Why Do So Man…
I visited the 3 Gorg…
Biden reminds me of…
The culprit, of cour…
But they’ll al…
If this isn’t…
@AA ~ one of my brot…