I love how the left clings to the lie that there is a consensus among 98% of alllllllllll scientists that man-made climate change is here while they reject allllllllllllll refuting evidence.

Apparently in defense of climate orthodoxy, the Northland Public Library of suburban Pittsburgh has banned from its shelves a best-selling book by a nationally recognized local author.

In a May 29 letter to local author Gregory Wrightstone, library executive director Amy Steele said a committee of three librarians had “concluded your book does not meet our standards.”

The book, “Inconvenient Facts: The Science That Al Gore Doesn’t Want You To Know,” disputes claims that global warming is largely a man-made phenomenon threatening the health of people and the environment. Asserting that current temperatures are neither unusual nor unprecedented, the book describes carbon dioxide as a “miracle molecule” whose increased levels have benefitted plants and made Earth greener.

The book has received rave reviews from readers, including respected scientists. Sales of the book have skyrocketed in recent months, reaching as high as #10 in overall Amazon sales as recently as March and #1 in sales in five categories.

A geologist of more than 35 years, Wrightstone supports his assertions with an extensive list of references to government agencies such as NASA and NOAA as well as peer-reviewed studies. He is often interviewed on radio and television, presents to professional organizations and academic and civic audiences and has testified before legislative

“In the letter she references the importance of ‘diversity of thought’ and ‘materials representing differing points of view,’” Wrightstone notes. “Yet, I went there and found 16 books related to climate change and all 16 toed the company line on man-made catastrophic warming. Not one book was available to offer a ‘non-consensus’ viewpoint. So much for diversity of thought.”

Here’s the info if you’d like to lodge a complaint. 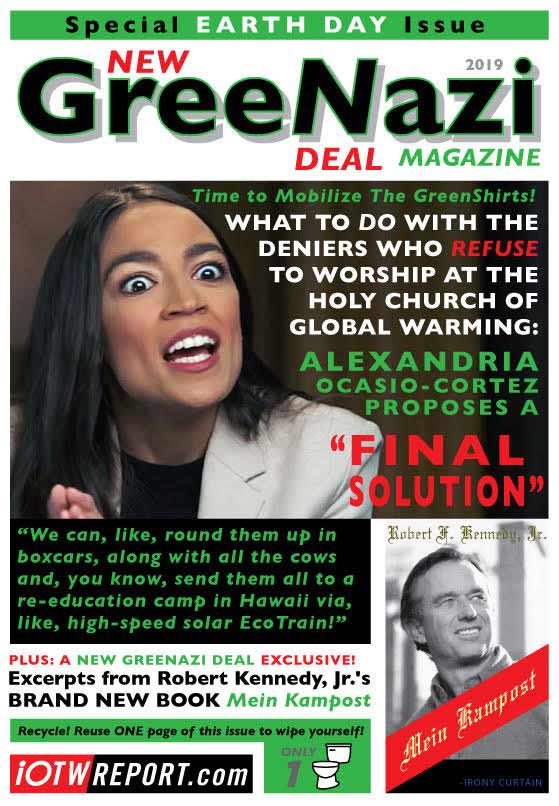 Poor liddle pooty ta…
Now you know how Bid…
It’s very interestin…
Don’t for a mi…
Last good cop was Se…
Wait, I see a resemb…
If she’s scare…
The only ones being…
et tu NC? Man, seems…
Harris County is gon…
Governor Gauleiter a…
These asshole cops m…