Union Leader: PLAISTOW — A driver was stopped by police and ticketed Thursday after police say she attempted to pass off a pack of Camel 99 cigarettes as an official New Hampshire inspection sticker.

Police said officer Edward Barrasso III noticed what appeared to be a suspicious sticker on a vehicle around 2:20 p.m. on Route 125 and decided to make a stop. 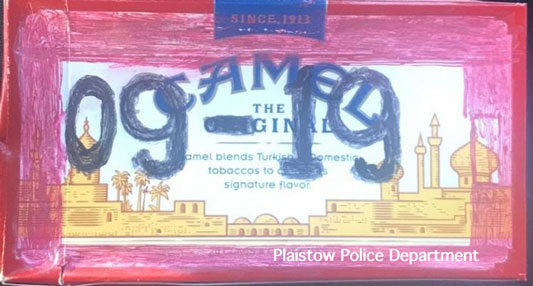 According to police, the driver stuck the cigarettes in the window and attempted to make them look like an inspection sticker by coloring a reddish border around the box and writing “09-19” in the middle.  more here

Wait, do you mean Ar…
Sorry wrong link who…
At least she stopped…
1969, eh? Well, good…
Jan 6 Hunter crack-w…
Backseat driver is t…
I was very lucky. My…
Ryan looked like he…
Lemme get this strai…
I don’t have m…
as a Baltimore Oriol…
Well! I know where I…
“We always give pare…
I know there’s…
100% FACT: The fucki…
At this point I woul…
Koosman, Ryan and Se…