DC: WASHINGTON—North Carolina Republican Rep. Walter Jones passed away on Sunday at the age of 76 after being placed in hospice on January 14. Following a hip injury and surgery in early January, his health began to fail further, his office previously said. 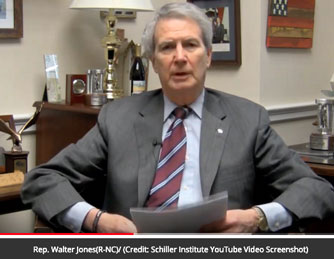 Jones, who represented his North Carolina district for over 20 years, was fighting off several illnesses over the last few months, according to Fox News, and was granted a leave of absence in late 2018 after missing several votes on the floor.

A strong supporter of the U.S. Marines, Jones previously served in the North Carolina General Assembly. His district has numerous military bases, and while he initially supported the war in Iraq, he eventually sided with Democrats calling for the withdrawal of troops from the country.

The North Carolina congressman routinely wrote to families of military service members who died in combat, the Associated Press reported in 2017.  more here