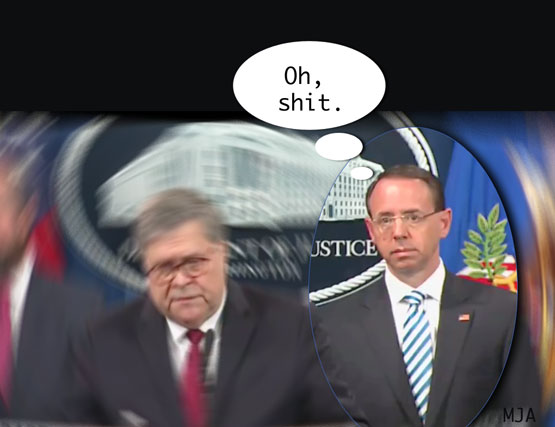 “President Trump has been fully and completely exonerated yet again. Now the tables have turned, and it’s time to investigate the liars who instigated this sham investigation into President Trump, motivated by political retribution and based on no evidence whatsoever,” he said in a statement.

“Now that the collusion and obstruction conspiracy theories have been exposed for the pathetic hoaxes they always were, the Obama-era DOJ and FBI must answer for their misdeeds and the scam that they perpetrated against the American people,” read the statement.

Earlier in the day, Barr re-affirmed that no member of the Trump campaign, or any other American, colluded with Russia to interfere with the 2016 elections.

He made the remarks during a press conference before releasing the Mueller report to the congressional committees and the public.

The Special Counsel “did not establish that members of the Trump Campaign conspired or coordinated with the Russian government in its election interference activities,” Barr said, quoting the Mueller report.

He also said that he and Deputy Attorney Rod Rosenstein determined there was no obstruction of justice case based on the information presented by Mueller.

It’s like seei…
I think this is an i…
China wants what Naz…
“Say it ain…
Get real. You can…
Send her back to Som…
Bleeding heart, libe…
Outhouses are worse,…
BS If Trump set out…
The Washington money…
My brain has enough…
I don’t recomm…