FOX: The NYPD on Saturday announced that a suspect had been taken into custody and is expected to be hit with murder charges in the slaying of Francesco Cali, the reputed boss of the Gambino crime family. 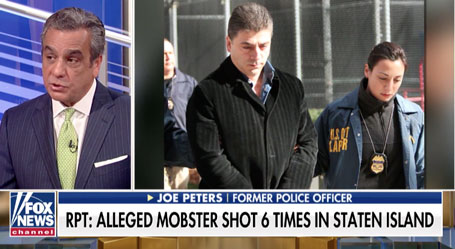 The suspect was identified as Anthony Comello, 24, Chief of Detectives Dermot Shea said at a news conference on Saturday.

The suspect “is currently being held in jail in New Jersey pending court appearances, where we anticipate we will have him returned to Staten Island to face murder charges for the death of Francesco Cali, which occurred on this past Wednesday evening,” Shea said. more here

gin blossom A great…
Oh, by the way, why…
I was ready to crap…
N00bs
When this thing reac…
She should “kn…
“Yay! It…
A guy called into WM…
Sorry I’m late…
I don’t unders…
“Weaponizing t…
Happy happy birthday…