A lot has happened to Benjamin lately, career-wise, and that’s a shame. I wish no ill will toward him, but I don’t respect anyone who claims man never went to the moon.

Benjamin is convinced it was all a hoax, and for reasons that are very hard to follow. It has something to do with monsters and pedophilia.

Owen. Here’s proof we went to the moon. 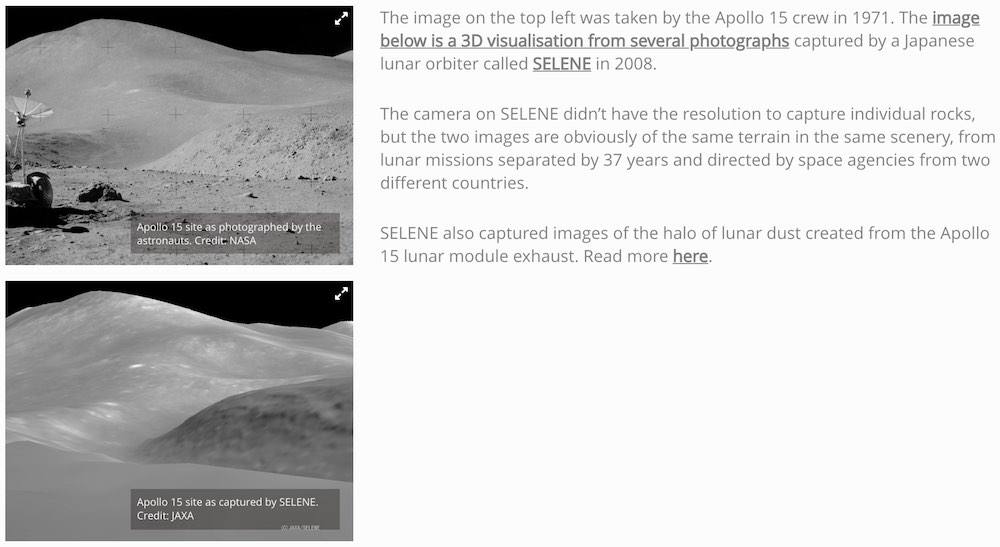 I think the Japanese would have loved to out the United States as liars. But they now know the truth. Our men stood on the moon.

But the definitive proof is in the cargo we hauled back. The moon rocks. They’ve been examined by scientific communities in 135 different countries and not one of them has said “heyyyyyyyyyy, wait a minute. These rocks are from Hawaii!”

Owen. Seek help. Your eyes are looking a little funny.

29 Comments on Owen Benjamin Is Losing It

Brad, you find ONE t…
FIGHT! FIGHT! :runs…
^^^ Oh Tay!
Suckers! I’m f…
Loco Funniest thing…
Brad, you seem to wa…
Sound like some sort…
^^^^^And just think…
“TRUMP WAS THE…
Loco “One thin…
FREE OSWAL BATES
Benito, My point is…
HAA! It’s not…
I think she has covi…
I’ve always wondered…
Maybe they wouldn…
Silverfish are the m…