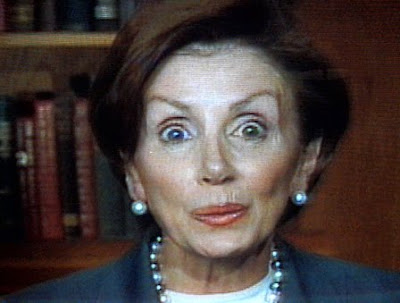 House minority leader Nancy Pelosi said in an interview broadcast Sunday that criticism by conservative lawmakers against herself and the Obama administration only demonstrates that they are suffering from a “poverty of ideas.” Mrs. Pelosi said on MSNBC’s “Up with Steve Kornacki” that Republicans have spent hundreds of millions of dollars in launching personal attacks against her. “It means nothing to me,” she said. “I consider the source and I consider them to be stuck in a poverty of ideas. They have none, and that’s where they had to go.” “I think people are tired of that, they want to know ‘what are your ideas about job creation?’ They have none,” she said, as reported by The Hill. “What are your ideas about taking us forward on protecting the environment? … Investing in the future? Passing an immigration bill … They have no plans. They don’t govern. They have no initiatives for the future, so they make personal attacks. “ “We’re about what we have to offer to the American people. And nothing demonstrates the distinction more, and that’s what they want to try to divert attention from, than the two budgets that are coming forth. more .

If it has or had a d…
Still true after all…
He, him, his-please…
good riddance to thi…
this is Next Level t…
It will be a good mo…
She rambles and rant…
Well, isn’t th…
Yea,something about…
The average IQ of Am…
One inexplicability…
Dear Abbey, my frien…
all about cause and…
One shot might have…
I can’t wait f…
Mr. Waters, Put down…
Was the officer sure…