Mengele would be impressed- 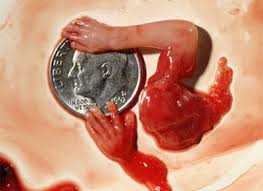 The investigative project, “Human Capital,” is the first of a series of videos that purports to document “Planned Parenthood’s criminal conspiracy to make money off the aborted baby parts reaches to the very highest levels of their organization.”

Nucatola reportedly describes how abortion doctors make a point of making sure the more desirable organs are intact from the children they destroy.

“the next flag…
“lance-bottoms…
“forge your pl…
“Why did BLM p…
Fauci: The masks are…
polls are like assho…
no chance, she…
i can’t believ…
“As such women…
The purpose of fake…
Since the “woke whit…
@SuperNightShade Fro…