While Amash acts like his support of impeachment is rooted in constitutional grounds, there may be a financial motive to his opposition to Trump. It has been revealed that Amash has significant business interests in China that may be harmed by Trump’s ‘America First’ trade policies.

In Amash’s financial disclosure forms for the year of 2015, he was shown as receiving up to $1 million in annual income due to his ownership stake in Michigan Industrial Tools (MIT). MIT is the parent company of Tekton Tools, Amash’s family business, that benefits directly from Chinese manufacturing.

An article from MLive in 2010 exposed Amash as being the co-owner of Dynamic Source International (DSI), a Chinese company that was once an MIT supplier. Amash’s family have been outspoken advocates of the globalist trade status quo for many years.

“Trade with China is providing American consumers with good quality tools that could not be made for those prices in the United States,” said John Amash, Justin’s brother, who is President of Tekton Tools.

The issue was a controversy when a Democratic opponent of Amash pointed out his Chinese business connections when the Grand Rapids Congressman initially ran for Congress in 2010 billing himself as a tea party advocate and Ron Paul Republican. 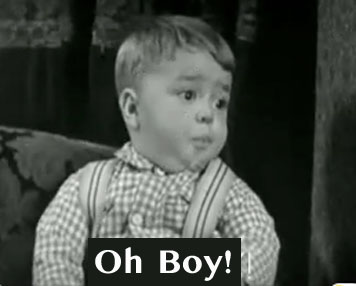 Does Justin Amash Have a New Primary Challenger?

Congressman Justin Amash may have a new challenger for his seat in Michigan’s 3rd Congressional District.

Following a series of tweets where Amash declared that President Donald Trump has engaged in “impeachable conduct”, a Republican Member of the Michigan House of Representatives made a cryptic response to Amash’s tweet storm.

Here are my principal conclusions:
1. Attorney General Barr has deliberately misrepresented Mueller’s report.
2. President Trump has engaged in impeachable conduct.
3. Partisanship has eroded our system of checks and balances.
4. Few members of Congress have read the report.

James Lower, a Representative of Michigan’s 70th District, stated the following “This cannot go unchallenged! I support @realDonaldTrump, I support West Michigan values, I support our party’s values and I will have a major announcement regarding MI CD3 this week!”  more

Wow. You could see t…
Yep, remember when T…
Says the party of th…
Foul, too. 1
The View hags…
Welcome to OnStop, h…
I AM OLD Most, not U…
What a bunch of fowl…
They’re mistak…
Do they really belie…
She was trying to cl…
They’re anythi…
Project and transfer…
What about medical d…
Anybody got one of t…
Somewhere they have…
Disconnect that shar…