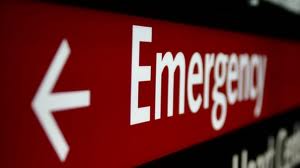 If Obamacare tells you the sky is blue, just assume that it’s orange and don’t ask any questions.

Opening 2014 the same way 2013 ended — with a debunked guarantee of the healthcare law — a study of patients in Oregon has found that Obamacare’s Medicaid expansion actually might not persuade the newly insured to seek care outside the emergency room. The government has argued that insuring more Americans through the healthcare law would encourage covered individuals to seek primary care, instead.

“When you cover the uninsured, emergency room use goes up by a large magnitude,” Amy Finkelstein, the Ford Professor of Economics at MIT and one of the study’s principal investigators, said.

Finkelstein and Harvard University’s Katherine Baicker examined emergency room records for about 25,000 Oregonians subsequent to the state’s own Medicaid expansion five years ago, and found that the new Medicaid enrollees visited the ER 40 percent more than the uninsured. So all of that talk about increased coverage under the healthcare law automatically curing the problem of overcrowded emergency rooms and costs? Not so much, considering that Medicaid expansion has been one of Obamacare’s ‘success’ stories — nearly twice as many individuals are newly eligible for Medicaid under the law than have actually enrolled on the exchange, according to the administration’s numbers.

The report, which was published Thursday in the journal Science, has major statistics implications from a couple of angles. One, the findings hold “across a range of demographic groups,” a press release accompanying the study noted, making them easier to tie to Medicaid expansion under Obamacare.

“In no case were we able to find any subpopulations, or type of conditions, for which Medicaid caused a significant decrease in emergency department use,” Finkelstein said. “Although one always needs to be careful generalizing to other settings, these results suggest that other Medicaid expansions are unlikely to decrease emergency room use.”  MORE

Bishop takes queen.
Good call.
The reason bidepends…
Here’s my ad o…
This is fine. What c…
For elective surgery…
And then we have gov…
Tsquared – Not…
If all the CoVid var…
Bleeding heart liber…
If you have blood du…
I think back to the…
I think some of you…
Any official in a po…
This really says mor…
No woman this bat sh…
“Health Care…

Visit Our Friends At the Dixon Gallery