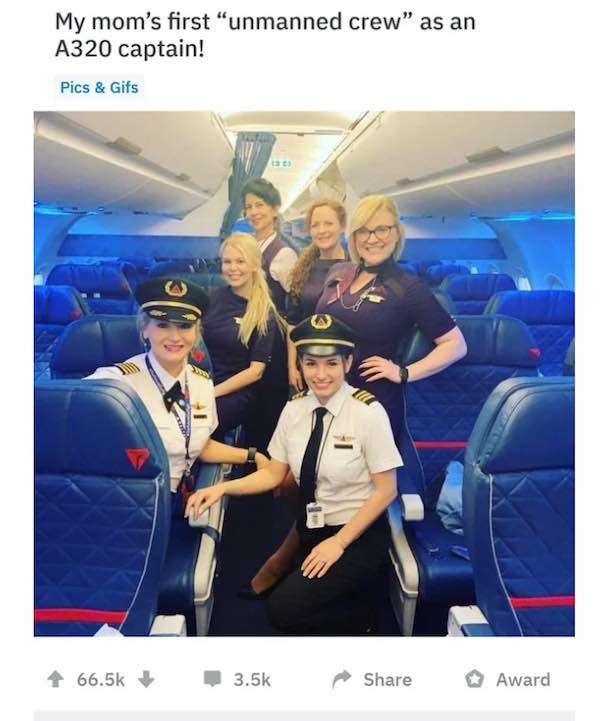 It was about 35 years ago, when I wasn’t so political, but was still filled with common sense.

I listened to some black activist complaining that daytime soap operas hardly had any black people on them. I was sympathetic. I thought it was a valid complaint.

I listened to him argue that the soap operas should look like America. Okay, I was with him.

Shut up, stupid. You just became, in a matter of seconds, one of the people who you think are peddling in injustice.

Like I said, I wasn’t so political, but I was smart enough to see through this ahole’s rant.

The girl celebrating the “all woman” flight crew isn’t.

He needs his lying a…
I want some!
Dip them in Reaper c…
Schumer thinks he…
Overheard at CNN: JO…
Germ warfare. Entire…
One hundred percent…
I read the article a…
Several deep-staters…
From Hook Lost marbl…
Anyone know if the c…
I don’t get my…