Daily Caller: China may lose nearly 400 million people by the end of the century, according to a Pew Research Center report based on United Nations population projections.

“By 2100, the world’s population is projected to reach approximately 10.9 billion, with annual growth of less than 0.1% – a steep decline from current levels,” Pew researchers wrote, saying the decline is “due in large part to falling global fertility rates.”

“Between 1950 and today, the world’s population grew between 1% and 2% each year, with the number of people rising from 2.5 billion to more than 7.7 billion,” Pew researchers added.  more here 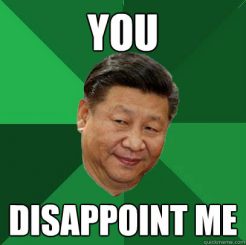