When a man swimming naked in a lake in Bavaria, Germany, felt a pain in his nether regions, he looked up to see a fisherman on the shore. “Don’t pull!” he shouted. At first the man thought he had just become tangled in some weeds, but when he looked down he noticed in horror that a fishing hook was tugging at the most sensitive part of his body.

The man, who wishes to keep his identity secret, is a regular at Augsburg’s Kaisersee, a popular bathing spot for naked swimmers. He was doing the crawl with his head under the water when he felt the unpleasant sensation in his thighs – and only then did he notice that there was a fisherman on the shore. After he shouted out his warning to the fisherman to hold still, he swam towards the angler’s position on the bank. 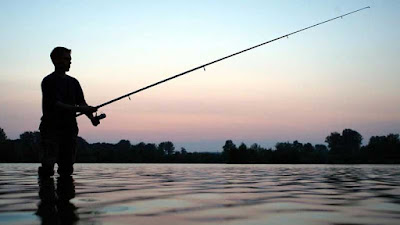 It was then that he realised the extent of the problem: the hook had pierced his penis and he was unable to remove it. Using a knife which the fisherman had on hand, he cut the hook free from the line and proceeded to cycle home with his new body piercing hanging between his legs. Back at his house he lowered himself into his car and drove the final stretch to the hospital emergency room. “The doctor couldn’t hide the grin from his face,” the man said.

Barr and “BULL…
In a possible defens…
This is why the 2A w…
It all comes down to…
Oh no. I just rememb…
You don’t need…
I thought Harry was…
For the record, anim…
Well, now the Wuhan…
Left Coast Dan MARCH…
Wow – check ou…
tell someone who giv…