Gay, liberal atheist British television presenter Stephen Fry is being labeled a “white supremacist” because he did the OK hand sign.

Fry flashed up the dangerous symbol to promote Mental Health Awareness Week, tweeting, “Are you A.O.K?” 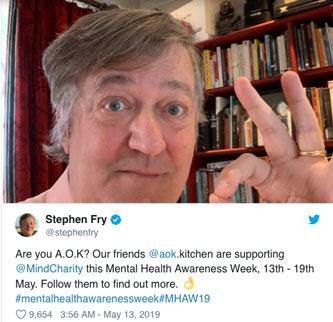 The media then made a story out of the “controversy,” quoting numerous imbeciles who claimed Fry was boosting alt-right racists. More