Conservatives are now writing publicly what they had been saying privately: Matt Drudge has sold out.

The latest to go public is Blaine Traber, who wrote, “Three reasons the Drudge Report is awful.”

Traber is correct. What a sad, sad end to a promising web site.

I’ll add another reason to dump Drudge. He is a THIEF who gives ZERO attribution to artists. Over the years he’s stolen at least five of my creations and “accidentally” cut off our web address on the art.

The mot egregious “error” was during Obama’s government shutdown where he pettily closed memorials to get back at the public.

We created a piece that was hilariously fact-checked on Snopes after it appeared on Drudge. Notice that the art was cropped to excise out our website address. 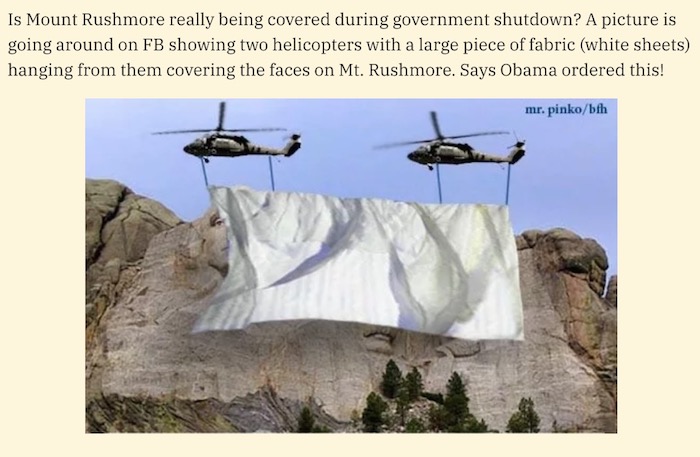 When Drudge finally attributed the art, he attributed a site other than ours.

35 Comments on Three Reasons To Dump Drudge (and to use Whatfinger.com instead!)

I’m going to k…
Did anyone read this…
This will cost the D…
Super In The Pooper…
“Back the f*ck up, s…
The law of unintende…
There is way too muc…
To be fair, male pol…
I finally snapped ov…
This has to be a per…
Marjorie Taylor Gree…
They take a lickin…
Most people don…
Having hundreds of p…
How many of the 1448…
Are you sure these a…
Some while back a wo…