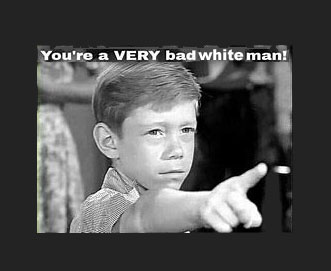 The Federalist:  How Reboot Culture Transformed The New ‘Twilight Zone’ Into A Hyper-Woke Bummer.

“It is the middle ground between light and shadow, between science and superstition, and it lies between the pit of one’s fears and the summit of one’s knowledge. You are now traveling through a dimension of imagination. You’ve just crossed over into The Twilight Zone.”

This is the opening sequence of Jordan Peele’s “Twilight Zone” reboot, which just concluded its first season on CBS All Access. Fans will recognize these familiar lines from the original 1959-1964 series, but few will notice a very slight edit. In the original series, the line was: “and it lies between the pit of man’s fears and the summit of his knowledge.”

It may feel petty and nitpicky to point out such a near-imperceptible change, but this clearly wasn’t just a slip-up. The re-creators evidently did think it necessary to change “man” and “his” to the gender-neutral “one.”

This little tweak is the perfect microcosm of what is wrong with the latest “Twilight Zone” iteration, which ham-fistedly projects its values onto history. It is so caught up in itself that it can’t face the complexity of history or human nature. It trades the magic of the original for something more glitzy, but ultimately less satisfying.

Here is a quick and dirty summary of a few episodes from this latest “Twilight Zone” reboot (look here for a more thorough breakdown of “The Twilight Zone’s “plots):

What on earth does any of this have to do with the story? Nothing, and that’s the problem. There’s nothing wrong with trying to give screen time to underrepresented groups. But like the nitpicky opening sequence switch, the recreators have performed verbal acrobatics to insert a political agenda where it does nothing to serve the plot. In place of three-dimensional characters, there are only caricatures. Instead of inviting us to explore the human condition as peers, it shows contempt for characters and viewers alike.

21 Comments on The Woke Zone